have you ever stood beneath a waterfall and tried to take a sip? well, neither had i, until that day. until the downpour came so fast and so intensely that I had to get out in the middle of it. had to stand beneath it just trying to take it all in, worried i wouldn't catch it all. there, face to the sky, arms wide, catching a revelation.

this is a sacred place - set apart for revelation alone. you will not find me here, only Him, only what He desires to say. this holy ground is dedicated unto the LORD. i will simply place uncut stone, upon uncut stone.

This vision was given me on December 24, 2019. I typed as fast as I could to capture it all. I tried to "pause" the vision to chronicle the detail, but understood that I could not, because it was happening "real time".

The Throne room. A gong sounded and it signaled that God would rise from His throne. All eyes were upon Him as He stood and reached into the universe and parted the vast darkness. He looked briefly into eternity then resumed His place on the throne. He swiped his right foot in front of Him and the floor of Heaven became as glass. I sensed more that this was to reveal Himself than for Him to see. Multitudes of angels flooded the space. Not an inch of room between them. Then with one heart they all took a knee before Him, heads bowed, right arm at their breast, Deep reverence filled the air. Complete silence. They held their stance long before Him. It seemed as if this was preparation for battle.
Leather wristlets with tassels
Pleated Leather kilts
Swords strapped to the right sides
Feet in leather sandals
Heads bare and bowed before the King of Kings, & LORD of Lords.
Wings folded tightly

Then one by one they rise. Dropping hand from their breast and gaze into the face of their God. The Light of His Presence blazing upon them, and they, taking it in. Empowered by it. And once they’ve had their fill they rise sward drawn into the air, wings fully extended – ready for battle. Each is sent according to the Will of God. Each of them known fully as they stand in His Presence., bare chested before Him. Nothing hidden. He is pleased with each and all. His pride. You can feel their love for each other.

Jesus sits and takes it all in. Eager but nonplussed, for He already knows the outcome.

Time draws near for the future to come. God has called to it and it obeys. It is coming. (This is what God was doing when He parted the vastness) The next age is on its way. Prepare! For what is to come is fearfully wonderful. What is to come will pave the way for Christ’s return. What is to come must be fulfilled, for it was written before time began.

God has beckoned it. Time, come.

The Heavenlies burst into a flurry of activity. None are still but They on the throne.

The brightness of the Throne Room begins to expand, overtaking the darkness surrounding it. Onward it grows, swallowing up all in its path.

The angels have been sent to the corners of the earth, of time as we know it. They await God to give the order to fold it up as a sheet. To bring it to the altar and heap it upon the flames. As they lift the corners together chaos ensues. Fear and trembling overtake man and authorities see that they had no real power as the shaking begins. They are flung far and wide. Hurled into space, lost in the darkness. Mountains bow, streams flood, oceans hurl and time is rolled up.

In solemn motion the earth is folded like a sheet. Angles encircle and watch the final days. They intervein no more. All is done. It is finished. They process to the Throne Room and lay it all at the Feet of God, bowing deeply and they back away.

God looks to Jesus, and Jesus rises and picks up the folded parcel of time and holds it to His breast. He cries as He holds it, mourns for the losses. And gently, as a mother with a newborn, He lays it upon the altar, then He takes a knee before the altar, before His God, His head unbowed.

And a gold crown appears on His head as He rises. He, Himself has done it. His creation, His completion. By His own hand it has all come together. And as He rises, His hands upon the altar are unharmed by the flames.

Jesus hold a key, He reaches into the universe and turns the key on an unseen lock and opens the star studded sky. Light comes rushing forth as He stands and holds the door. He, ushering in the new era. An era of brilliant light. Light He’s had waiting for this very moment. And it fills the space.
Posted by Broken Pitcher at 1:34 PM

Email ThisBlogThis!Share to TwitterShare to FacebookShare to Pinterest
Labels: His return, His voice, prayer, ready?, Time 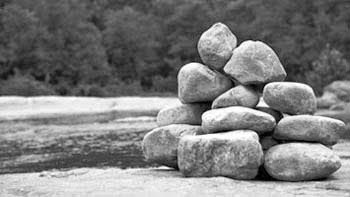